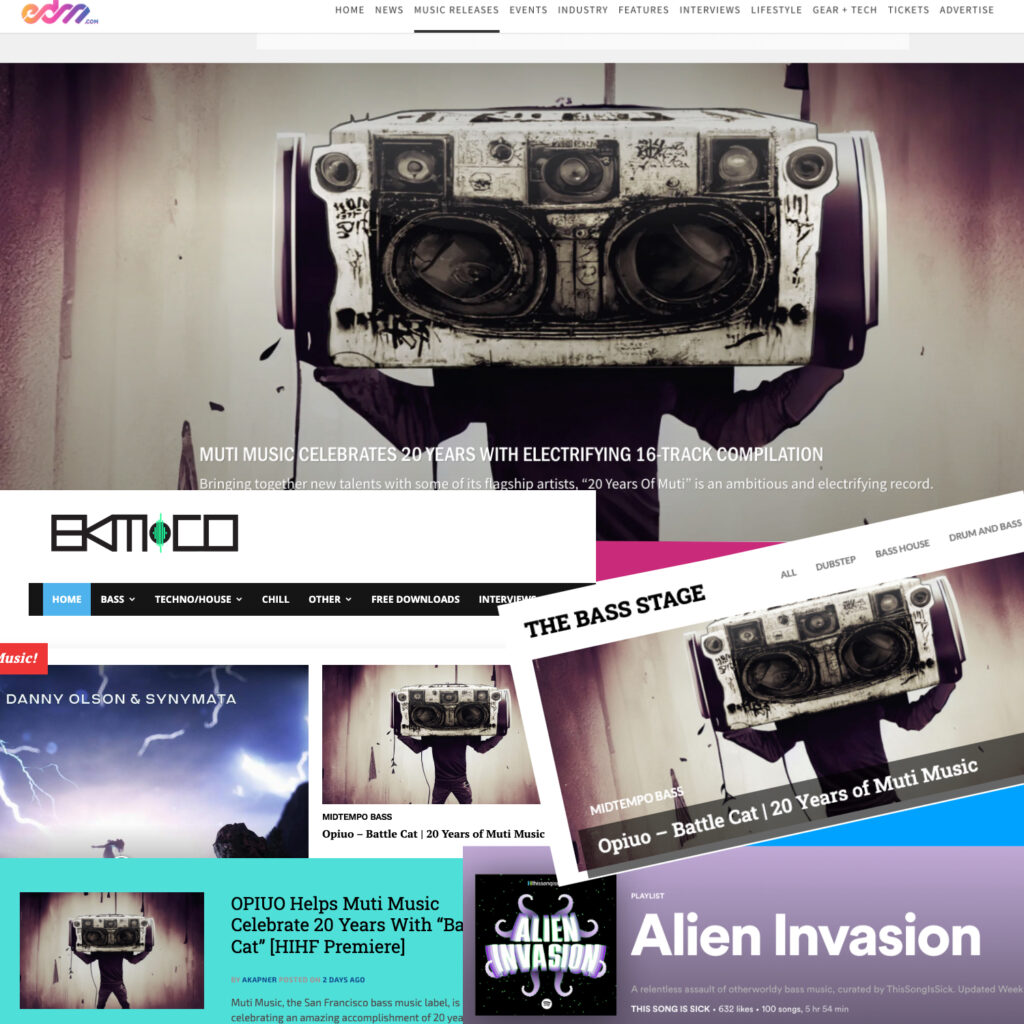 We are overwhelmed with the positive reception to the new compilation 20 Years Of Muti. This one means a lot to us and we really appreciate everyone writing, listening and adding to their playlists.

We’d like to give a special shoutout to the sites who’ve already written great reviews about the compilation and we will link to them here. 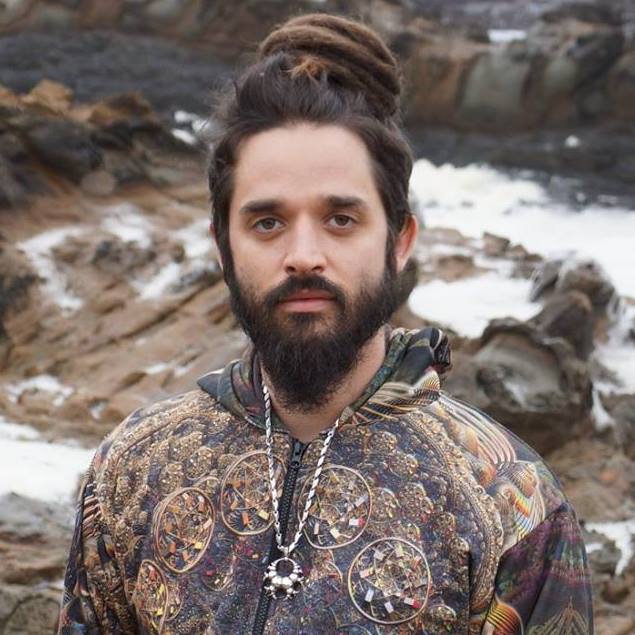 Announcing the launch of Iterate !!

If you’ve ever been a fan of Andreilien or Heyoka, then you are familiar with the quirky genius of Andrei Olenev, if not, then you are most definitely in for a special treat.
The man, the myth (because he rarely interacts on social media) and the person behind a large amount of musical and visual art, including some incredible hand made jewelry, that he designs, molds and refines from start to finish.

The launch of the new moniker occurs this week on the 20 Years Of Muti compilation and does not dissapoint. The beats are like  Andreilien and Heyoka had a baby with alien DNA  insemination. That tune is followed by a two track explosion on his release, Buffer, coming out on December 2nd and then his album called Seed that will be dropping at the start of 2023.

He launched Iterate with an all original new set that he dropped at a few camps at Burning Man, the highlight being the thousands gathered for his set at Camp Questionmark and then he repeated the mind blowing performance headlining Raindance Campout and at our stage at HowWeird Street Faire. If the audience response at those shows were a valid indication, then we know you’ll be as stimulated by these new tunes as we are. 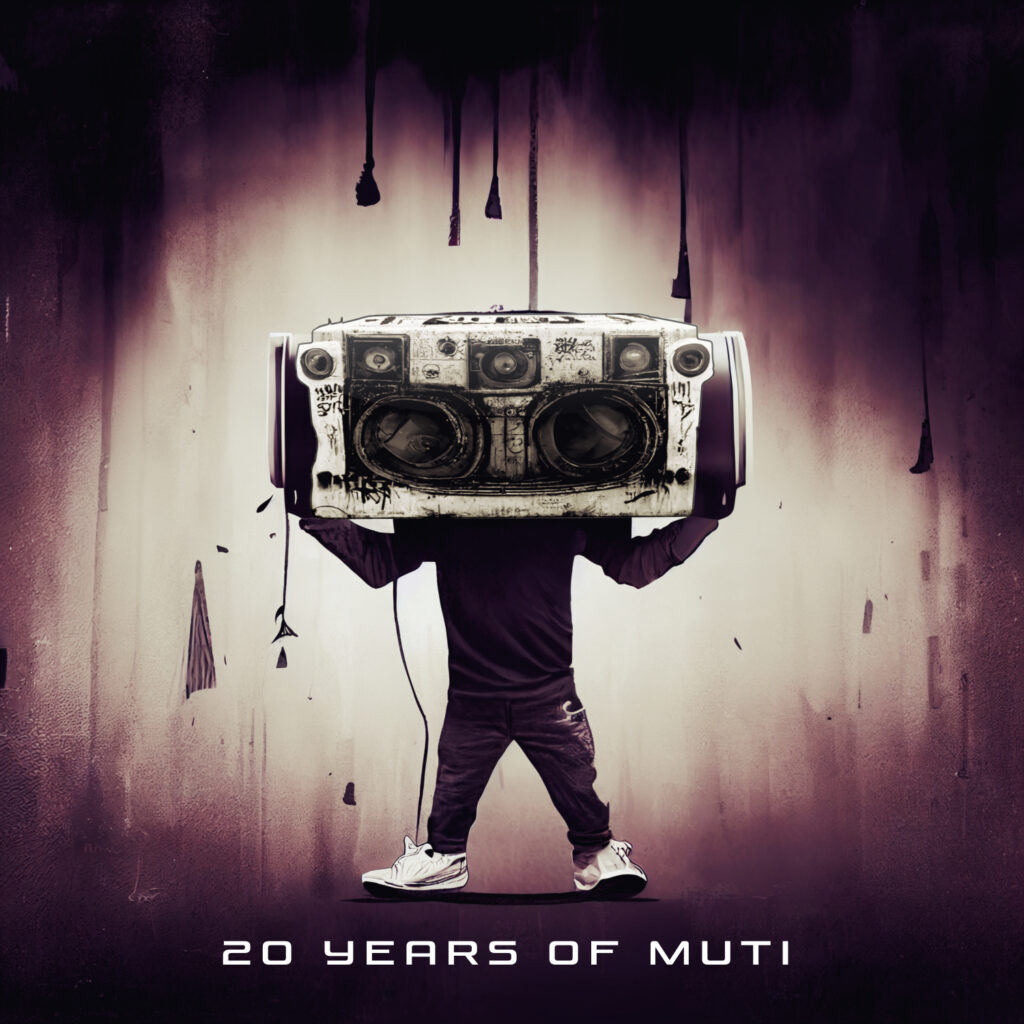 20 Years Of Muti drops everywhere on 18 November 2022, it features outstanding new tunes from some of our favorite artists that we have worked with at Muti Music.

However you can download the release now on Beatport, as they have a two week exclusive for DJs and other download fans to get it first.

The compilation kicks off in party mode with Opiuo doing what he does and bringing absolutely great dance vibes. MiMOSA, Iterate (formerly Andreilien / Heyoka), AAYA (with her debut), Dov1 and Re:Set all drop various versions of halftime DnB, ranging from a good wobble, to heady glitch and some anthemic melodies. ill.Gates & Solkata, Morillo, Jake Robertz & Oli Orval, and Ape Suit all go on the deeper and trippy side of 140 Deep Dubstep, while An-ten-nae elevates that deep vibe with some gorgeous melodies that are followed by a beautiful Wave track by Gladkill. We then drop into a couple tunes by Djunya and Nikes, heavily influenced by Juke / Footwork and round off nicely with two Drum & Bass tunes full of deep melodic vibes, by Mat The Alien and Origin.

Muti Music has continued to support emerging and established genres of bass music for the past 2 decades. Sometimes referred to as the US first multi-genre Bass music label and serving as the launchpad or continuation of more than 100 artists careers, and helping build up a few notable names along the way. We thank all the bass music fans that have helped us get this far and continue to release dynamic new sounds reflecting our urban futurist culture. 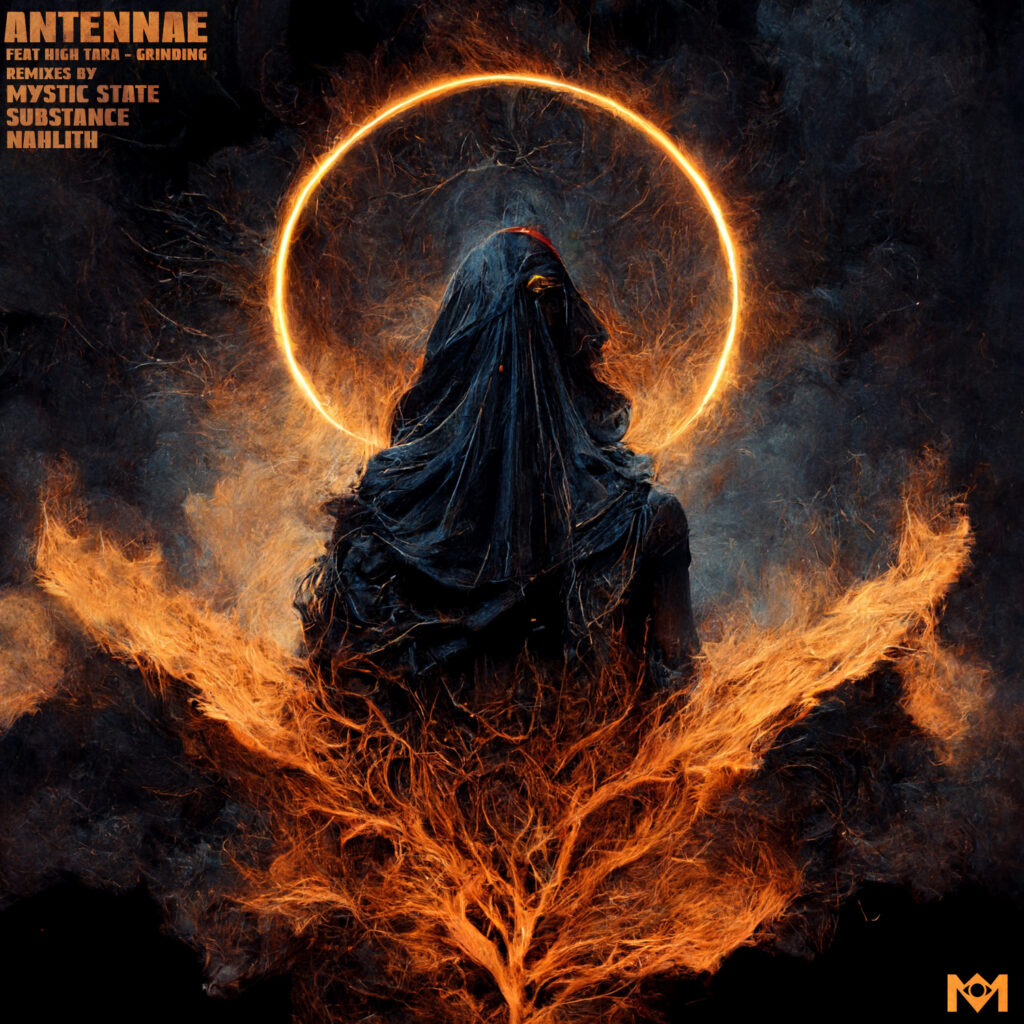 Our sister label Medicine has already had this release in the top 5 chart of 140 / Deep Dubstep / Grime charts on Beatport. The release is out everywhere on October 28.

An-ten-nae’s banging tune featuring High Tara’s incredible vocals was deserving of some remixes, and we are fortunate enough to have some fantastic remixers on board. Mystic State, Nahlith and Substance all contribute 140 deep Dubstep versions, each with their unique spin.

Mystic State goes to the deeper side of deep 140, with awesome sound design, and great use of space allowing the groove to flow.

The tune uses the enchanting vocal to engage the listener, and as you ride the wave of bass, intricate percussion and spacious atmospherics, the tune opens up to an infectious bass filled groove that we could wallow in for ages.

Nahlith utilizes the vocal beautifully with distant delays and creates a great amount of space.

This is set over the root of bouncy basslines with warm organic textures and heaps of whompiness and wubbiness that will certainly generate some wiggles. This remix adds a little extra bounce to the original groove, the mood lightens and the vibes get high on this.

Canadian producer, Substance drops straight into some industrial atmospheric horns, the wind / riser rises along with what sounds like a storm brewing and it drops into some gritty bass stabs with stepped down beats and acid effects. The vocal is used a little more sparingly and the driving forces of the tune are the edgy beats and basslines. 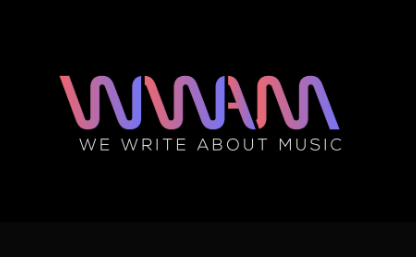 Mat The Alien reviewed on ‘We Write About Music’

Another resident alien we have here is, Matt The Alien. We are constantly inspired by his positive outlook, amazing skill as a DJ and his production prowess. He’s had a couple new releases recently and we just found this little gem of a review from website ‘We Write About Music’ .

Iconic and showing no signs of slowing down within the electronic music scene, Mat the Alien has been on an absolute tear throughout the entirety of 2022. Following up his most recent EP Big Boys, he’s continuing to experiment on two new songs that we’ve quickly come to love, “Bat Yam” and “BC Collective”. Both sonically different from the last but certainly holding onto his signature artist flairs, we enjoyed them equally and sincerely can’t wait for everyone out there to hit the play button.” – read more here at We Write About Music 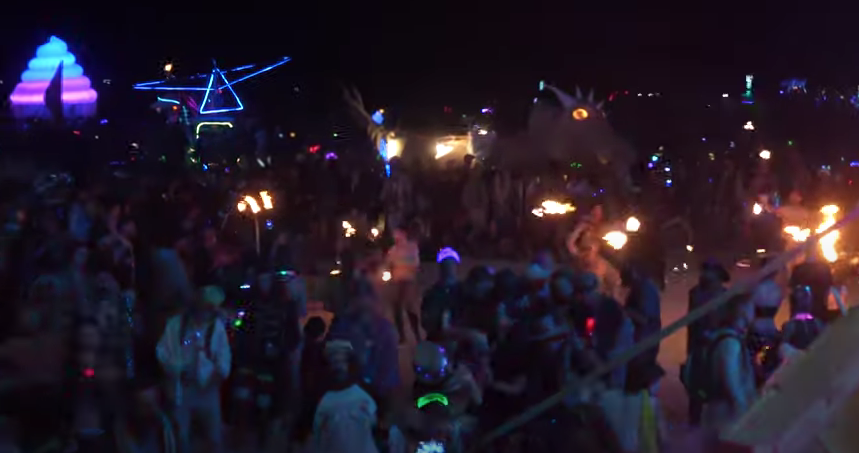 We’re massive fans of one of the heaviest and glitchiest of bass maestros, namely Andrei Olenev, who has released music in the past as Heyoka and then as Andreilien and now as Iterate. While the monikers have changed, he has always been an incredible producer of all things related to bass music, fractals and even some incredible hand forged  jewelry.

For Burning Man, Andrei AKA Iterate, arrived with a brand new set of tunes, set to be released under the new moniker. If you were there at Fractal Garden on Tuesday or Camp Questionmark on Saturday night, then  you were in for a treat.

Here’s a short highlight reel recap of his set at Camp Q. 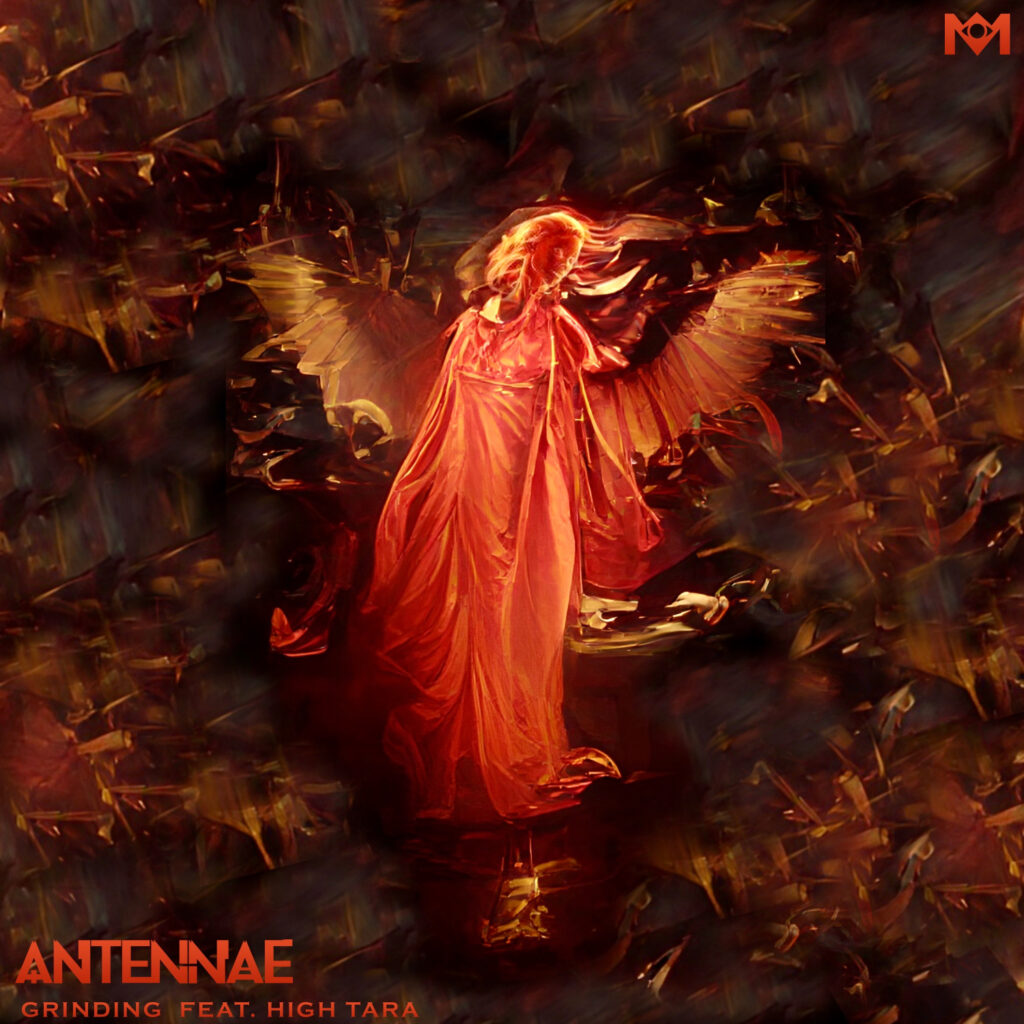 An-ten-nae is one of our core artists that we’ve worked with since the beginning of Muti Music. He is the head and partner with us on the  Medicine label and we are overjoyed with this new release.

On Grinding, An-ten-nae delivers a stripped down tune of deep bass, expansive atmospherics, and intricate sound design. The tune features Jamaican singer, High Tara, who warms up the tune even more with her rich vocal presence and well grounded lyrics. This one works as well with deep Dubstep rollers, and has a great analogue presence in the detailed synth work.

An-ten-nae also has over 40 Million combined streams / Downloads to date and picking up steam, and playing such venues / festivals such as Red Rocks, Electric forest, Shambhala, Lightning in a Bottle. 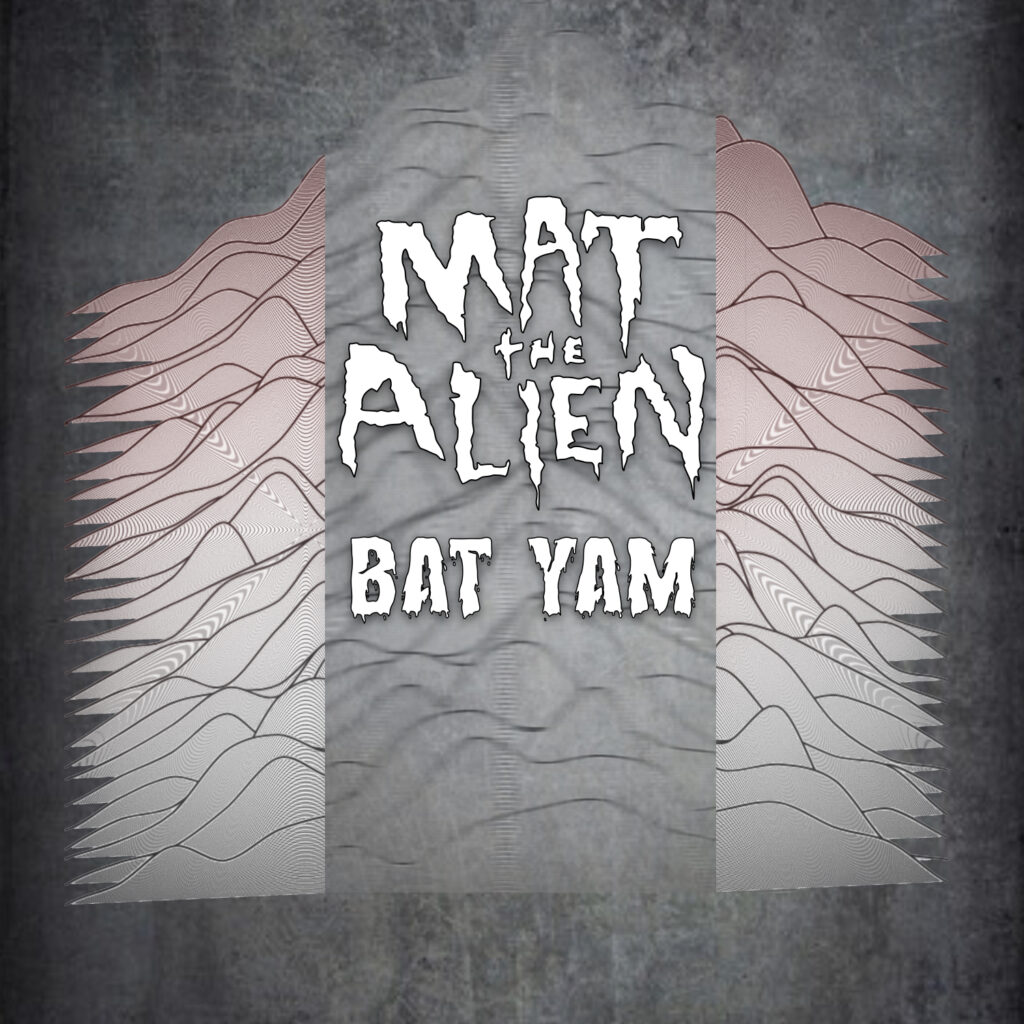 JunoDownload gave us a lift

JunoDownload has been one of our favorite music retailers for as long as we have been a record label. They supported our first vinyl releases back in 2002 and they consistently have some unique curation in their music selections, particularly for emerging bass music.

This is why we are overjoyed to see the new release by Mat The Alien getting a prime feature on their Dubstep genre site.

Do them a solid and download the new release by Mat The Alien on JunoDownload. 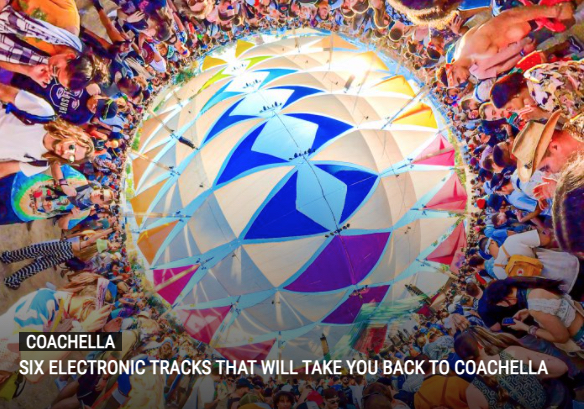 Red Giant Project have the ability to go from a three person band to a 12 piece performance extravaganza. Their music is carried by outstanding vocal performances and the perfect melding of horn sections to their beats.

Last week they performed on the Do-Lab stage at Coachella and they made an impression on one of the writers for EDM Identity, who then included them in this great article, featuring 6 tunes to ‘take you back’ to your favorite moments at the festival.

We, at Muti Music, believe whole heartedly in this band and their future, we know you will see their name on many more epic lineups like this. You can also catch them on the Grand Artique Stage at Lightning In A Bottle  this year. 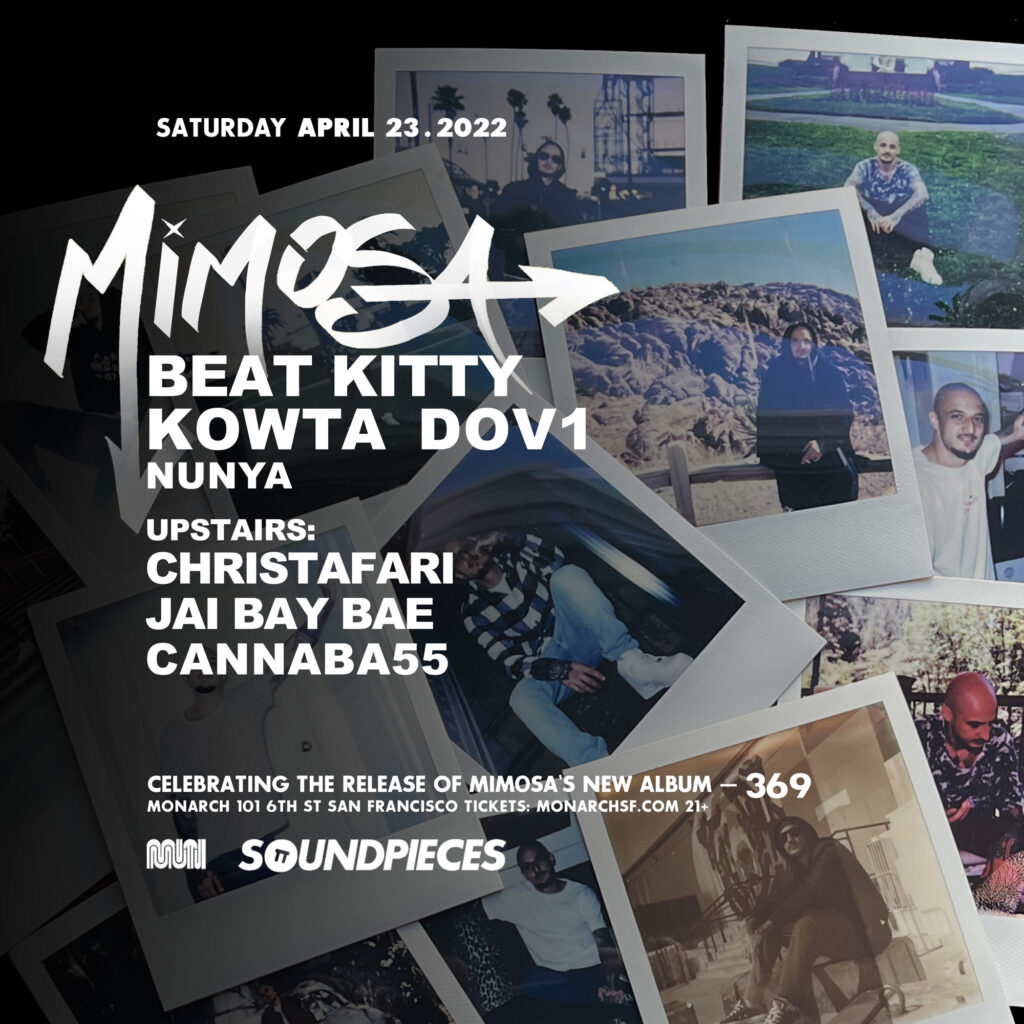 It’s been a journey to get here, the singles have popped off, MiMOSA has played many of the tunes around the country and the last few tunes are finally being revealed as the album 369 drops on 4/20/2022.
The release will be celebrated with a stacked lineup of Muti artists and friends as we collaborate with Soundpieces and MonarchSF on 4/23, when we take over the upstairs and downstairs at Monarch with this stacked lineup:
MiMOSA, Beat Kitty, Kowta, Dov1, Christafari, Cannaba55 and Jai Bay Bae.
Get tickets, and get hyped with the tunes cos you can presave the album now:
https://orcd.co/mimosa369